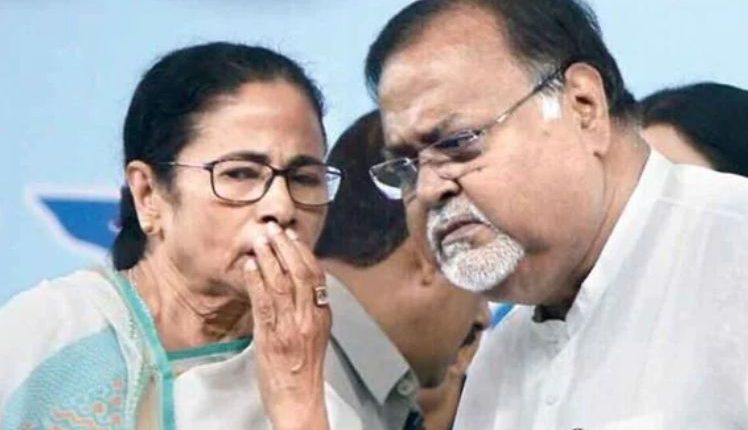 Kolkata: Days after West Bengal Minister Partha Chatterjee was arrested by ED over the SSC scam case, State Cheif Minister and TMC Supremo Mamata Banerjee broke her silence on Monday and said that none will be spared if found guilty.

She also asserted that she doesn’t support corruption.

“I don’t support corruption. I get a Rs 1 lakh pension from Parliament and Rs 2 lakh as a state MLA. Now count how much money I have made in the last 11 years. I have not taken a single penny besides this. My service is voluntary. Friends, I am sad and disheartened at the attitude of some political party in the last two days,” said the West Bengal CM.

“People do make mistakes. Making mistakes is also a right. If someone has been involved in wrong activities, none of us will interfere no matter how harsh a verdict they face. We will not support them.” Terming the case a ‘woman-linked incident’ the CM said, “I respect women but all are not good. I want the truth to come out. A verdict should be given based on the truth, within a given time frame. If someone is found guilty, I do not mind if they are punished with life imprisonment.” Mamata condemned the ‘malicious campaign’ against her by CPI(M) and BJP following the ED arresting Partha Chatterjee.

“Why should someone tag my picture with the heaps of money seized by ED during the investigation. The BJP and CPIM are doing it. Had I not been into politics, I would have chopped off their tongue for their audacity,” she said.