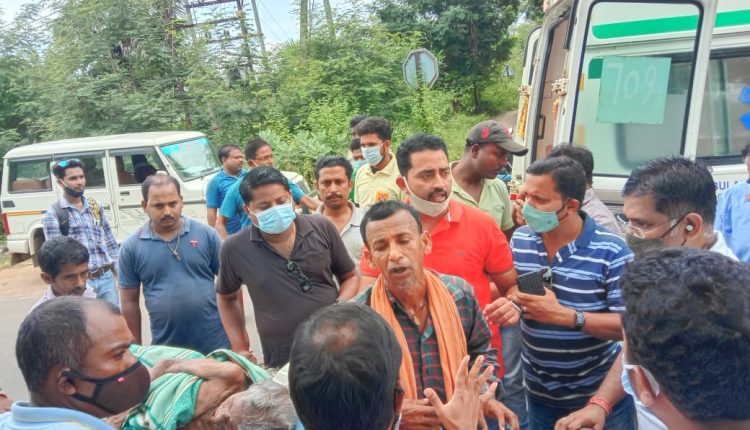 Malkangiri: In a classic case of grit, reeling under alleged apathy of electricity supply authorities for several days, Deepak Dey pedaled his ailing mother on a trolley rickshaw for 22 kilometers to the office of the district Collector to protest against several days of power disconnection from his house.

According to Dey, a resident of APV- 41 village in the district, employees of Tata Power South Odisha Distribution Limited had allegedly disconnected the electricity supply to his house.

The Power suppliers disconnected the electricity supply as Dey failed to clear his power utility bills.

Dey’s mother, who remains unwell due to age-related issues, requires an air cooler mandatorily but the disconnection of the power supply from his house over the last several days has caused severe health issues in his mother.

Failing to get the power supply, Deepak carried his bed-ridden mother on a rickshaw to the collector office on Sunday to recount his miseries and draw the attention of the administrative head of the district hoping that it would aid his problem.

Speaking to media persons today Dey said,’ I have cleared all the dues and requested the concerned authorities to restore the power supply in my house. However, the officials didn’t pay heed to my appeal even after several days.’

“My mother remains unwell and she requires fresh air for comfort and so I installed an air cooler in my house. Due to power disruption, she experienced difficulty in breathing due to which her health condition has deteriorated,” said Deepak.

However, Deepak was interrupted by the Police as well as the Tata Power employees who sent the mother-son duo to the hospital after convincing them to restore the power connection at the earliest.