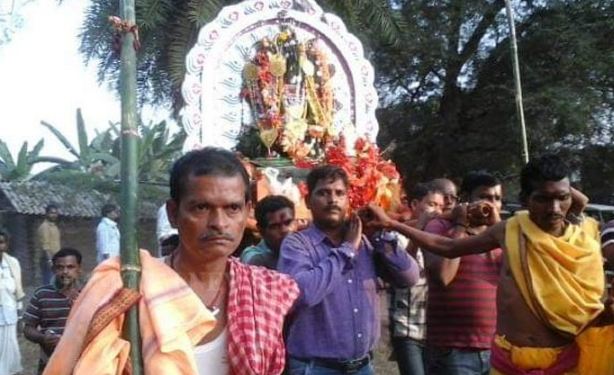 Malkangiri: The animal sacrifice and Meena Bazaar (fair) at the biennial tribal festival, Badayatra has been banned by the Malkangiri district administration.

Reportedly, the restrictions were placed keeping in view the COVID-19 pandemic. The district administration has sought the cooperation of the people for a smooth celebration of the festival.

During the festival, celebrated every two years, tribals pay obeisance to goddess Jagyanseni (Durga) believing that she will bring prosperity to them.

The festival will begin at Polur in Andhra Pradesh on March 22, following which the four deities Kanamraj, Balraj, Potraj and Mutuyulamma (Jagyanseni) will be brought to Maulima temple in Malkangiri on March 27 after a procession.

Barricades will be set up for darshan of the deities till March 31.