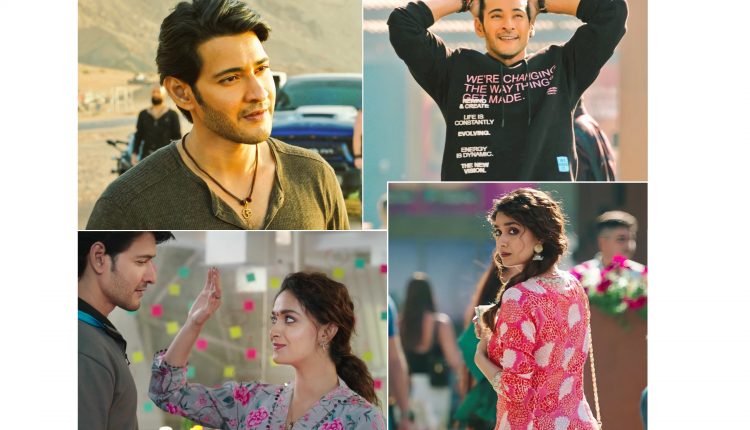 You have saved thousands of hearts, You'll forever hold a place in millions of hearts, You are a true Superstar. 🙏🏼
Keep Spreading Smiles like you always do on sets. Have a great year ahead sir. @urstrulyMahesh 😊💐#HBDSuperstarMaheshBabu #SarkaruVaariPaata
2/2

The Sarkaru Vaari Paata teaser begins with Mahesh warning a few goons and then taking them down. The clip also introduces Keerthy Suresh who is awestruck by the charm of the protagonist. At 77-seconds, the teaser gives us a glimpse of a pure commercial potboiler.

Keerthy Suresh is playing female lead in the movie written and directed by Parasuram Petla.

The flick is bankrolled by Naveen Yerneni, Y Ravi Shankar, Ram Achanta and Gopi Achanta under the banners of Mythri Movie Makers, GMB Entertainment Pvt Ltd, and 14 Reels Plus. It also stars Vennela Kishore, Subbaraju, Ilez Badurgov, and others in supporting roles. Music for the film scored by S Thaman and camera is handled by R Madhi. The action-comedy film will hit theatres on January 13, 2022.

Youth Kills Father After Being Denied Of Money For Liquor