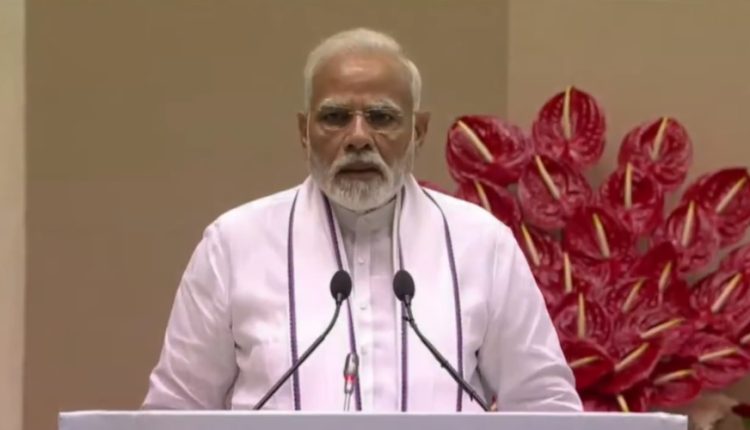 Himachal: Prime Minister Narendra Modi urged Himachal Pradesh voters on Saturday to enthusiastically participate in the ”festival of democracy”, a reference to the assembly polls, and register a voting record.

Modi also greeted the young voters who will be exercising their franchise for the first time.

“Today is the polling day for all the assembly seats in Himachal Pradesh. I request all the voters of Devbhoomi to participate with full enthusiasm in this festival of democracy and create a new record of voting,” tweeted PM Modi in Hindi.

“My special wishes to all the youth of the state who will be voting for the first time today,” he added.

“Only a strong and corruption-free government can fulfil the aspirations of the people of Devbhoomi by keeping Himachal Pradesh at the forefront of development. I appeal to the voters of Himachal, especially mothers, sisters and the youth, to elect a strong government by voting in maximum numbers for the golden future of the state,” said Mr Shah.

People of the hill state will be voting during the day to elect a new government, with the incumbent BJP and the opposition Congress squaring off in their bid to form the next government.

After Jesus Christ; Satan gets blue verified checkmark on Twitter