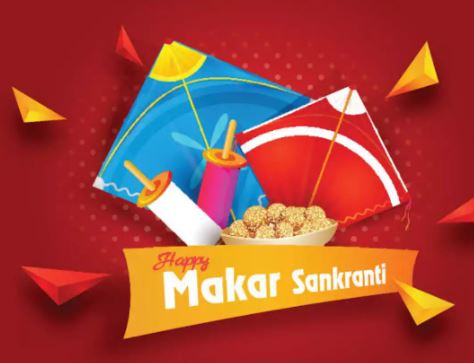 New Delhi: Makar Sankranti is an Indian festival celebrated in several states of India around mid-January and marks the termination of the Winter season and the beginning of a new harvest season.

This year it will be celebrated on 14 January.

On this day, Surya Dev or Sun God is worshipped. Makar Sankranti is known by different names in the country. In Northern belt it is called Makar Sankranti or Maghi, while in Maharashtra it is called Pedda Pandaga, in Magh Bihu in Assam, Poush Sankranti in West Bengal and Pongal (Thai Pongal) in Tamil Nadu, Uttarayan in Gujarat.

‘Makara’ means ‘Capricorn’. The movement of the sun into ‘Makara Raashi’ or the ‘zodiac of Capricorn’ is called Makar Sankranti.

As it is the harvest festival, it is a time of joy, abundance, and celebration in the farming communities, the time when they reap the fruits of their hard labor.

In some regions, it is believed that Sankranti is a deity and she killed Sankarasur. The day after, the deity killed another asura (demon) called Kinkarasur. This is why this day is known as Kinkrant.

IT Dept Conducts Raids At Multiple Locations In…