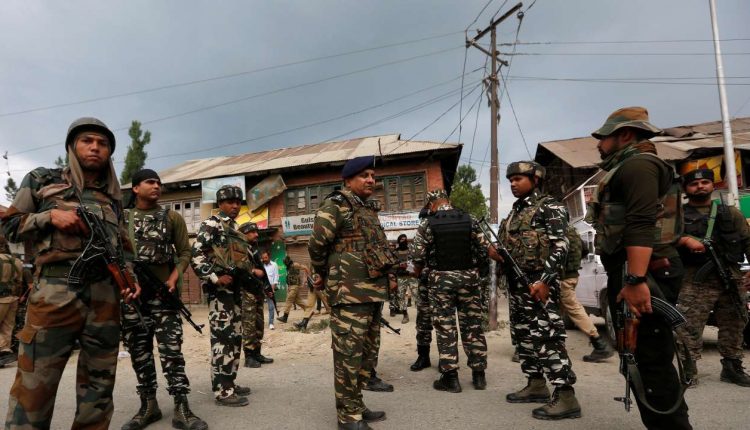 Srinagar: A major terror attack has been averted by Jammu and Kashmir Police and recovered an improvised explosive device (IED).

At least two low-intensity blasts took place near the Jammu Air Force Station on Sunday. Due to this explosion, two Indian Air Force personnel were injured.

According to police sources, the attack was targeted at a crowded area by an operative of terror outfit Lashkar-e-Taiba (LeT).

The blasts took place within a gap of six-minute at around 1: 40 PM. While the first blast ripped off the roof of a single-story building at the high-security technical area of the airport manned by the IAF in the Satwari area of the city, the second one was on the ground, the officials said.

In a Twitter post, the IAF said two “low-intensity explosions” were reported early Sunday morning in the technical area of the Jammu air force station.

“One caused minor damage to the roof of a building while the other exploded in an open area There was no damage to any equipment. An investigation is in progress along with civil agencies,” it said.

Meanwhile, the Jammu and Kashmir Police is also investigating two low-intensity blasts that took place earlier in the day in the technical area of Jammu Air Force Station.

An FIR under the Unlawful Activities (Prevention) Act (UAPA) has been registered in the matter.

Huge Cache Of Spurious Liquor Destroyed By Cops In Ganjam