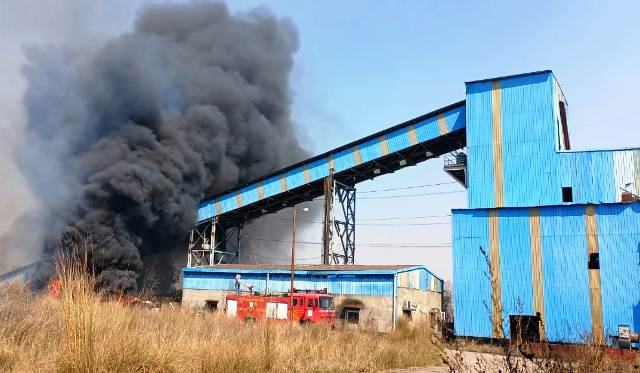 Jharsuguda: A major fire broke out in Sahajbahal in Lakhanpur in Jharsuguda district on Sunday afternoon in the Ind-Barath Power Plant, which had been lying defunct for many years.

The burning of large weeds and grass inside the plant, as well as the burning of conveyor belts at the coal management plant, caused heavy smoke and widespread pollution throughout the area. Residents of Sahajbahal village, near the plant, were horrified to see such a devastating fire and thick smoke billowing out of the defunct power plant.

Upon receiving information from the villagers, the fire department of Ib thermal, Lakhanpur, Rengali (Sambalpur) fire brigades reached the spot and doused the fire,

“After hours of ordeal, the inferno was extinguished late in the evening,” said fire services officer, Samuel Burj.

It is been said that the fire erupted from nearby farmland and engulfed the plant area. However, there was no clear information on how the fire started.

It may be mentioned here that the 700-megawatt power plant has been shut down for nearly four years before it could be operational. Frequent theft from its premises has been reported, as the plant is not being maintained or supervised.