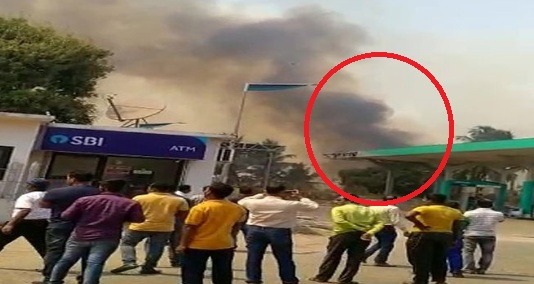 Cuttack: A massive fire broke out near a petrol pump under Sadar police limits in Cuttack district today.

As per reports, the fire broke out at Bamphakuda farmhouse located near the fuel station. On being informed, fire tenders were pressed in service to douse the flames.

Though the exact reason behind the mishap is still unclear, it is suspected that the fire initially was reported at the bushy area at the farmhouse.

However, the situation was brought under control after an hour.