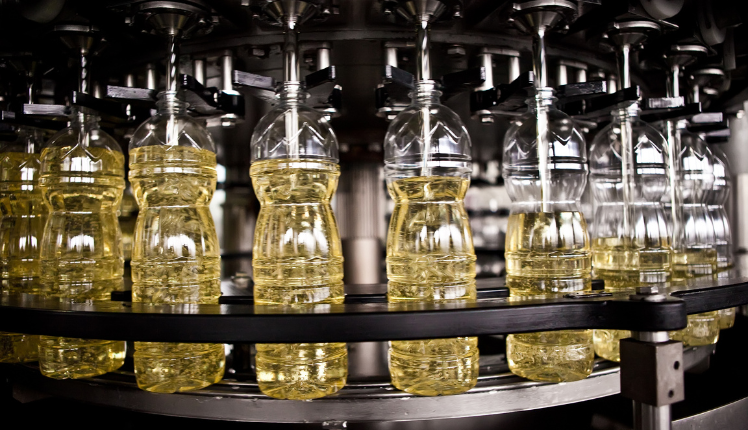 New Delhi: The wholesale prices and retail prices of vanaspati, soyabean oil, sunflower oil and RBD palmolein have decreased over the week.

With the edible oil prices beginning to show a downward trend and are set to decline further, the Indian consumers can expect to pay less for their edible oils. The falling edible oil prices will help in cooling the inflation as well, said Secretary Department of Food and Public Distribution, Shri Sudhanshu Pandey here today.

“All major edible oil brands have cut prices by 10-15 rupees,” Shri Pandey said. He added that this has been possible due to constant monitoring by the department, constant engagement with all stakeholders and multiple interventions by the government. According to sources, the MRP of Fortune Refined Sunflower Oil 1 litre pack has been decreased to Rs. 210 from Rs. 220. The MRP of Soyabean (Fortune) and Kachi Ghani oil 1 litre pack from Rs. 205 to Rs. 195. The reduction in oil prices comes in the wake of Central Government reducing the import duty on edible oils making them cheaper.

Partha S Das, Joint Secretary, DFPD added that in the surprise inspections conducted in Maharashtra Rajasthan, Gujarat, Madhya Pradesh, Uttar Pradesh, West Bengal, Telangana and Karnataka in phase-I and Phase-II at 156 and 84 entities respectively. He said these inspections had a deterrent impact as number of defaulting entities decreased in the Phase-II of the surprise inspections. In Phase-I, 53 entities and Phase-II, 12 entities inspected were found to be defaulting on the Central Stock Control Order.  The concerned State Governments have been requested to take suitable action under the Essential Commodities Act, 1955 against the defaulting entities as per provisions made in the Act.  However, while taking suitable action, the State Governments have been requested to ensure that the supply chain is not affected in an adverse fashion.

In its latest initiative to ease the prices of Edible Oils and provide relief to the consumers, the Government has issued Notification for allocation of Tariff Rate Quota (TRQ) for import of 20 LMT of Crude Soyabean Oil and 20 LMT of Crude Sunflower Oil for the financial year 2022-23 and 2023-24 at zero import duty and zero AIDC. This has been done keeping in view the rising domestic prices of Edible Oils, average increase in domestic demand and uncertainty/decline in Global Palm Oil availability.

It may be recalled that in a bid to control the continuous rise in the cooking oil prices since past one year, the Central Government had earlier cut the basic duty on Crude Palm Oil, Crude Soyabean Oil and Crude Sunflower Oil from 2.5% to Nil. The Agri-cess on these Oils has been brought to 5%. The basic duty on Refined Soyabean oil and Refined Sunflower Oil has been slashed to 17.5% from the current 32.5% and the basic duty on Refined Palm Oils has been reduced from 17.5% to 12.5%. The Government has extended the free import of Refined Palm Oils for a period upto 31.12.2022.

Further, stock limits on edible oils and oilseeds have been imposed for a period up to 31st December 2022 for ensuring the smooth availability of edible oils and oil-seeds in the country. In order to ensure strict enforcement of the control order, Central teams from the Department of Food & Public Distribution were deputed to conduct surprise inspections of the stocks of edible oils & oilseeds held by Retailers, Wholesalers, Big Chain Retailers and Processors in major oilseed producing/consuming States to prevent hoarding and profiteering.

All the above timely interventions taken by the Government along with cutting down of import tariff on soyabean oil and sunflower oil and the removal of export ban by Indonesia has made an enabling environment for edible oil companies to cut retail prices. More price reductions can be expected as the global supply improvements and the operationalisation of the Tariff Rate Quota (TRQ) start reflecting on the landed cost of crude edible oils. The recent decision of the Government to reduce the excise duty levied on petrol and diesel has further helped in cooling down the prices of all commodities.

The price situation of the above commodities is being closely monitored on day-to-day basis so that appropriate timely measures may be taken to keep a check on their prices. The Inter-Ministerial Committee on Agri-Commodities chaired by Secretary (Food) which is in place closely monitors the prices and availability of agricultural commodities keeping in view the interest of the farmer, industry and consumers. The committee reviews price situation on weekly basis, consider relevant measures in relation to edible oils and other food items depending on the domestic production, demand, domestic and international prices and international trade volumes.

The timely interventions and measures by the Government as and when needed has had a cumulative effect on controlling the prices of these essential commodities and ensured that the prices remain stable and interest of consumers are protected.

The Secretary also talked about One Nation One Ration Card which is now being implemented across the country. He said that so far since August 2019, total portable transaction reported were over 71 crore. Subsidy worth more than 40 crore has been distributed through portable transaction.

He said that the Department has created a robust central database to store 79 crore ration cards which the Government of India may utilize to formulate future policies and programmes for benefit of the public. This database can be used in deepening implementation of Ayushman Bharat, PM Kisan scheme, for Ministry of Labour. Adding on he said that the Department has deleted 4.74 crore ration cards which were found bogus.

NTPC crosses the 2GW RE Capacity