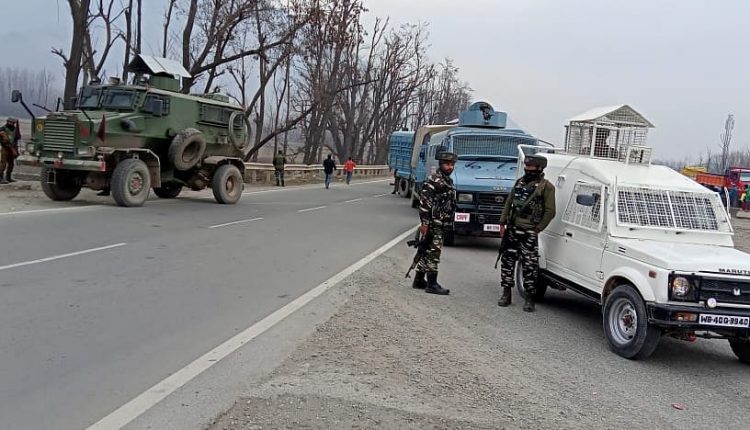 Srinagar: A major terrorist plan to set off an explosion near Tangpura Bandh at the outskirts of Srinagar on Tuesday was scuttled with the recovery of a powerful IED.

According to police sources, a 30 kg IED was detected close to Tangpura Bandh at the outskirts of Srinagar late yesterday evening.

Based on the credible input of the Army, the search operation was launched by 24 RR and local police which led to the recovery of 30 kg of IED 700 metres away from the highway, sources said.

The timely recovery thwarted the nefarious design of terrorists and their few supporters to destabilize the security situation in the Valley, sources added.

“The IED was safely destroyed in situ by the Army Bomb Squad today morning. Search operation in Tangpura is in progress,” a police officer said.