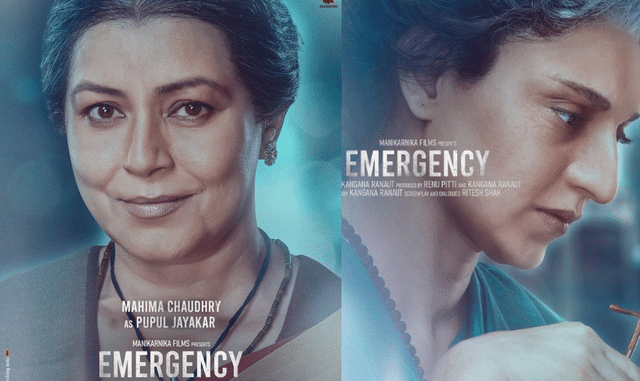 Bollywood actress Mahima Chaudhry has joined the cast of Kangana Ranaut directorial ‘Emergency’ asn she will be essaying the role of author Pupul Jayakar, who was Indira Gandhi’s close friend and also penned a biography on the late prime minister.

Emergency revolves around the life of former Indian Prime Minister Indira Gandhi and it features Kangana in the titular role of the late politician. Emergency is produced by Renu Pitti and Kangana Ranaut. The screenplay and dialogue are by Ritesh Shah.

Akshay Kumar Starrer ‘Cuttputlli’ Trailer Out; To Stream On Disney+ Hotstar on Sept 2

Patient Jumps From Fifth Floor Of AIIMS In Bhubaneswar, Dies