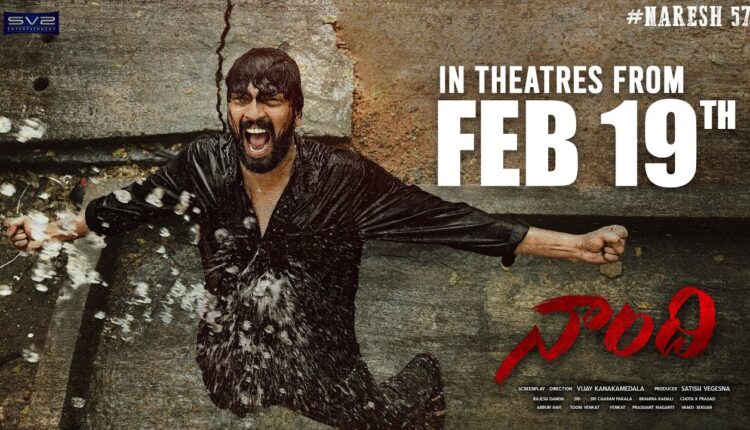 Mahesh Babu shared on Twitter, Happy to unveil the #Naandhi trailer !! Sounds intense… I wish @allarinaresh and the whole team every success.

The trailer looks intense and Allari is seen playing the role of an undertrial prisoner. Looks like the film speaks on police brutality and shows us what happens if innocent people are punished.

The film stars Priyadarshi Pulikonda, Harish Uthaman, and Praveen in important roles. The film has music composed by Sricharan Pakala with cinematography performed by Sid.

The movie is produced by Satish Vegesna under the SV2 Entertainment banner, Naandhi has the dialogues from Abburi Ravi and cinematography by Sid. The film is scheduled for a worldwide release on February 19.