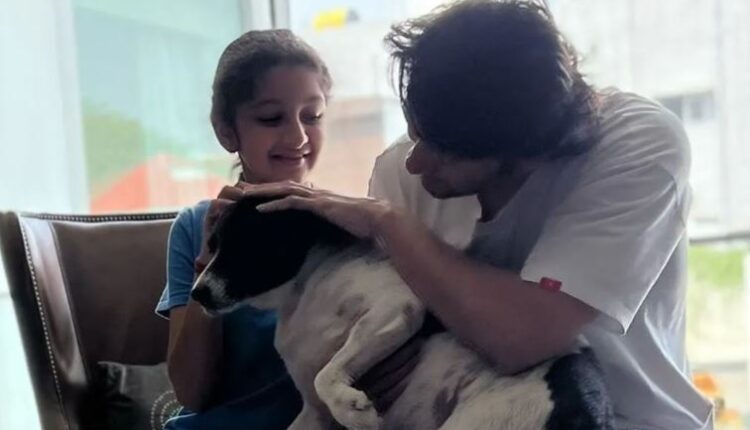 Mumbai: Mahesh Babu has returned to his home after recovering from COVID-19 and is spending quality time with his family. Mahesh Babu is having a pawesome time as he cuddles from pet dog with his daughter Sitara.

The actor’s wife took to Instagram handle and shared a glimpse of his weekend morning.

In the pic, we can see, Mahesh Babu’s pet dog sitting on his lap as he and Sitara smother him with love.

On the work front, Mahesh Babu will share screen space with Keerthy Suresh in director Parasuram’s Sarkaru Vaari Paata. The film will be released on 1 April 2022. He is also teaming up with Trivikram Srinivas for the third time, tentatively titled SSMB28. The actor also announced a project with SS Rajamouli too.

Detoxify Your Body With These Healthy Drinks