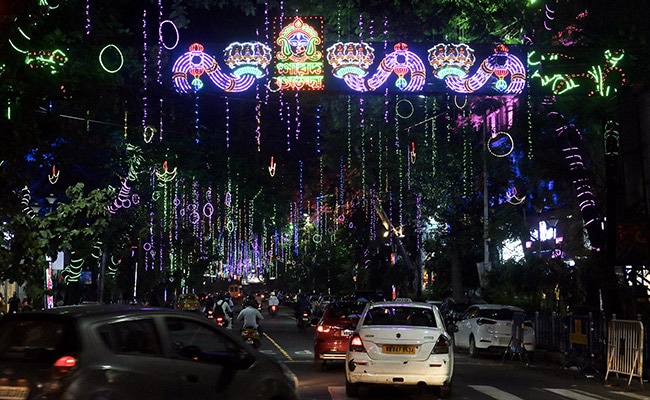 Kolkata: A Durga idol in Kolkata in which the ‘Mahisasura’ was replaced by a crudely-crafted Mahatma Gandhi-look alike created controversy on the birth anniversary of the father of the nation.

Akhil Bharatiya Hindu Mahasabha, organisers of the puja near Ruby Crossing in southwest Kolkata, changed the appearance of the idol that looked like Gandhi following instructions from the police after a complaint was lodged.

The organisers said the similarities were “just a coincidence”.

According to mythology, Goddess Durga slew Mahisasura in an epic battle to end his evil reign.

“The Durga idol that was worshipped here initially had a Mahisasur whose face looked similar to that of Mahatma Gandhi. The similarities are just a coincidence. After photos of it went viral, a police team visited the pandal and asked us to change the face,” Akhil Bharatiya Hindu Mahasabha state working president Chandrachur Goswami told.

Political parties such as the Trinamool Congress and the BJP also slammed the alleged depiction of Gandhi as ‘Mahisasura’.

The ruling Trinamool Congress state spokesperson Kunal Ghosh said if this was really done, it was nothing but sacrilege.