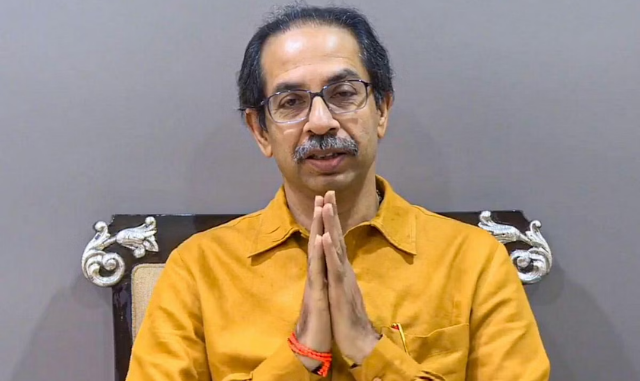 Mumbai: Maharashtra stands firmly behind the Kashmiri Pandits and will do everything possible to help them, assured Maharashtra Chief Minister Uddhav Thackeray on Saturday.

“For the last few days, targeted killing of Kashmiri Pandits and Hindus has been going on in Kashmir Valley. Within a month, nine Kashmiri Pandits were assassinated. Hundreds of frightened Kashmiri Pandits have started fleeing. The whole country is outraged,” stated a release quoting Thackeray.

Thackeray further expressed grave concern over the situation in the valley. He said that Kashmiri Pandits are literally on the run in Kashmir Valley.
“They were shown dreams of returning home, but on their return home, the Pandits are being picked and killed. In this horrific situation, a large number of Pandits started fleeing, which is a shocking as well as disturbing event,” said Thackeray.

“At this juncture, as the Shiv Sena party chief and the Chief Minister of Maharashtra, I can promise that Maharashtra will stand firmly behind the Kashmiri Pandits in these difficult times”, said Thackeray.

“We consider it our duty and look at it with a sense of duty. We are currently closely monitoring the situation in the valley. Talks are also underway with leaders of Kashmiri Pandits. I repeat we will do everything possible for Kashmiri Pandits. They will not be left in the lurch. Maharashtra will do its duty,” assured the Maharashtra CM.

List Of Ministers & Their Portfolios In CM Naveen Patnaik’s Cabinet