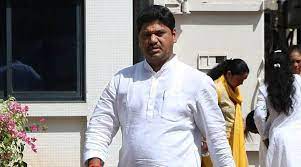 Mumbai: The woman who had accused Maharashtra Social Justice Minister Dhananjay Munde of rape has withdrawn her police complaint.

The woman had filed a complaint before the Mumbai Police against Munde on January 11. She has accused him of rape and sexual assault on the pretext of marriage in 2006.

Earlier, the NCP leader from Beed district had denied the rape charges describing it as an attempt to blackmail him.

On January 12, the woman took to social media and claimed that Munde , who reportedly married her sister in 1998, first raped her in 2006 and then repeated the act multiple times over the years.