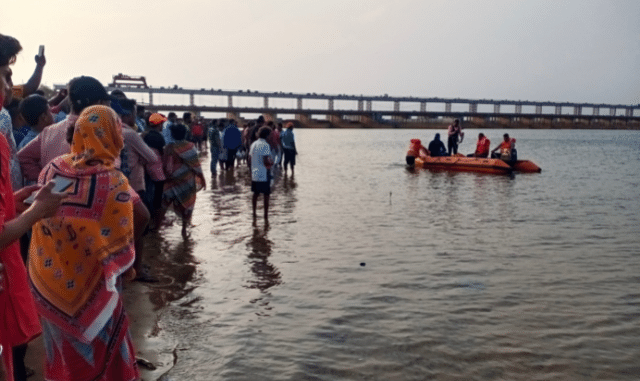 Jagatpur: A Plus II first-year student who was rescued after being swept away with two of his friends while taking bath in river Mahanadi at Jobra Barrage was pronounced dead at the SCB Medical College & Hospital in Cuttack.

The deceased was identified as Sheikh Sahil, (17), son of Sheikh Yusuf of Chunabhati in Charigharia Sahi under ​​Malgodown police station of Cuttack. Sahil was a Plus II first-year student of Christ College.

Two other boys, identified as Raj alias Siddiqui Khan (17) and Chottu alias Ayur Khan (18) are still missing and efforts are underway to trace them.

According to reports, at around 1 pm today, as many as seven boys from Jobra Charigharia Sahi were taking bath in the river near Jobra Ghat. In the meanwhile, three of them were swept away by strong currents. Sources said two of them drowned in a bid to save Sahil.

On intimation, ODRAF and fire service personnel reached the spot and managed to pull out Sahil from deep waters but two others remained untraceable. Later, Sahil was declared dead at the hospital.

Reportedly, the search has been halted due to low visibility in the night hours and will resume tomorrow early morning, sources in the rescue team informed.