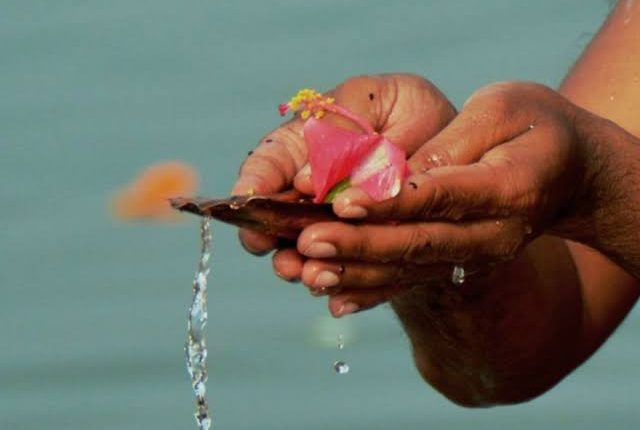 Puri: Devotees flooded the religious places all across Odisha starting from the morning today as they observed ‘Mahalaya’, a day meant for offering homage to forefathers. It also marks the beginning of the Durga puja festival.

Special prayers and rituals were held in almost all major temples across Odisha this morning by the devotees as they offered ‘Pinda’ (rice balls) to their ancestors as a part of the ‘Shradha’ rituals.

At Sri Jagannath Temple in Puri, people offered ‘Pinda’ and performed ‘Tila Tarpan’ for their forefathers. Huge rush of devotees observed in Pancha Pushkarini and Mahodadhi.

In the state capital Bhubaneswar, people made beeline to pay obeisance to their ancestors and performed ‘Mahalaya Shradha’ at Bindusagar lake.

Mahalaya is celebrated a week before the Durga Puja celebrations begin. The festival marks the last day of Pitru Paksha. The celebrations of Mahalaya is mostly popular in the states of Karnataka, Odisha, Tripura, and West Bengal.Similarly, it is observed as community festivals in some of the Hindu residing nations in order to please goddess Durga and acquire her blessings.

As per Hindu mythology, Goddess Durga was created on this day by Lord Brahma, Lord Vishnu, and Lord Shiva to defeat the demon king Mahishasura. Therefore, Maa Durga devotees mark this day as the arrival of Goddess Durga to the earth from Kailash Parvat with her divine powers.