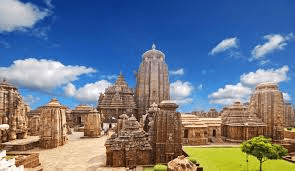 Bhubaneswar: Ahead of the auspicious Maha Shivratri, Odisha’s Special Relief Commissioner has issued several restrictions on the conduct of Jagar jatra.

The Odisha Government has asked all the District Collectors to restrict gatherings to appropriate numbers during celebration of Mahashivratri on Thursday in view of pandemic situation.

The SRC has restricted public congregation in temples, mela/fairs & other large gatherings outside shrine premises during the celebration of Maha Shivratri on March 11.

Reportedly, no fairs will be organised this year.

The SRC has also warned of strict actions against violators of the guidelines.

As per the notification, while the State Government have specifically directed that large gatherings and congregations shall continue to be prohibited, social, political, sports, entertainment, academic, cultural and religious functions and other gatherings shall be allowed with a ceiling of 500 persons subject to strict adherence of Covid-19 protocols.

Notably, the famous Jagar Jatra at Akhandalamani temple in Bhadrak district will be held without devotees this year in view of the covid pandemic.

According to sources, prohibitory orders under Section-144 will be clamped at the Akhandalamani shrine from 7 am on March 10 to 7 am March 12 to avoid crowding during the Maha Shivaratri celebration.

The Cuttack district administration has also decided not to allow the devotees to celebrate the ‘Maha Shivaratri’ celebration in Dhabaleswara Peetha.