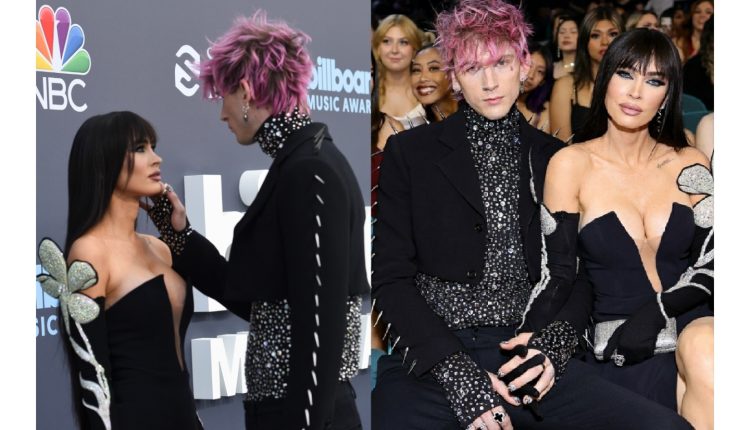 Las Vegas: Megan Fox and Machine Gun Kelly are “twin flames” in every sense at the Billboard Music Awards 2022, the couple also turned up in matching coloured outfits as they sported an all-black attire for the event. The couple who got engaged earlier this year looked every bit of stylish as they walked the red carpet at the Billboard Music Awards.

After getting engaged earlier this year, the duo has now sparked marriage and pregnancy rumours following the awards ceremony as Kelly referred to the actress as his “wife.”

During his performance at the ceremony, Kelly announced on stage, “I wrote this song for my wife.” The song performed by the singer consisted of romantic lyrics which he dedicated to Fox as he sang, “You’re too good for me/I’m too bad to keep/I’m too sad, lonely/I want you only.” While the reference of “wife” left fans wondering if the duo already got hitched, Machine Gun Kelly further surprised everyone as he spoke about their child.

Referencing to their future parenthood, he said, “And this is for our unborn child.” While the song lyrics did not make any reference to their future baby, many assumed it as pregnancy announcement from the couple. MGK’s Billboard Music Awards look consisted of an 880-diamond nail set and reportedly the diamond manicure was worth USD 30,000.

Machine Gun Kelly (originally Colson Baker) and Megan Fox recently also walked the red carpet for the rapper’s film, Good Mourning. Fox recently stated that she is “super proud” of Kelly and mentioned, “He wrote the whole movie in like, three days, which is incredible. You could see his bursts of creativity, where he sort of downloads something from the universe and puts out an amazing product really quickly.”

Youth Kills Mother After She Refuses To Give Money