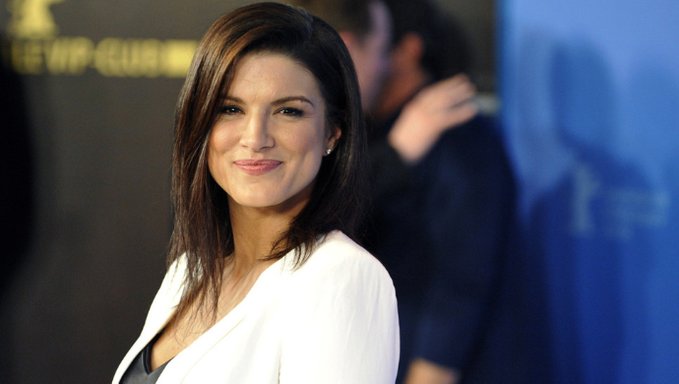 New York: Lucasfilm has fired Gina Carano from her job on The Mandalorian, after the action star posted on social media that today’s political climate in the U.S. is similar to Nazi Germany’s treatment of Jews. The comments were “abhorrent,” the company said.

The Mandalorian star Gina Carano will not be returning to the series after Lucasfilm released a statement saying Carano is not currently employed by the company “and there are no plans for her to be in the future.” This comes after Carano shared a post comparing the treatment of people with political differences in modern times to that of Nazi Germany. In their statement, Lucasfilm called Carano’s posts “abhorrent and unacceptable.” The actor has also been dropped as a client by her talent agency UTA.

The comments were made on Carano’s Instagram account, where she shared an image of a woman being chased through the streets. The accompanying text stated that the Nazis fomented public hatred against Jews as part of the Holocaust.

“How is that any different from hating someone for their political views?” the post asked.

Carano’s Instagram posting was later deleted. But it sparked the hashtag #FireGinaCarano, which gained steam as people shared screenshots of the deleted message.

Carano has been criticized for her posts before, including last fall, when she echoed President Donald Trump’s false claims that the 2020 election was stolen.

She has also posted comments and images about face masks that were seen as mocking an essential tool in combating a global pandemic. Carano later clarified that she respects anyone who requests that she wear a mask.