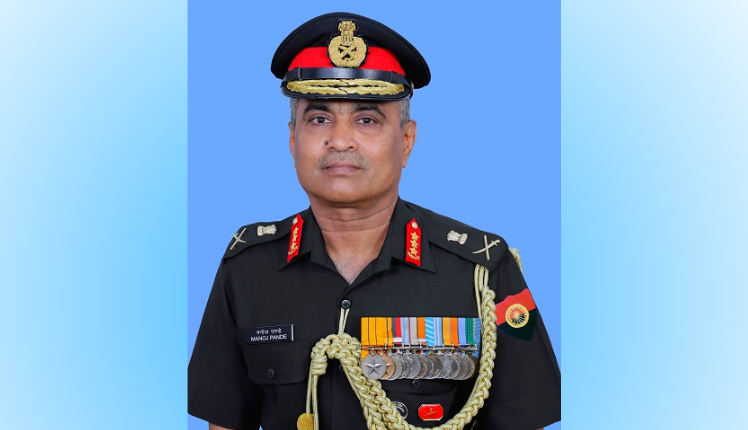 An alumnus of National Defence Academy, Lt Gen Manoj Pande was commissioned in December 1982 to the Corps of Engineers (The Bombay Sappers). The General Officer commanded an Engineer Regiment during Operation Parakram in the sensitive Pallanwala Sector along the Line of Control of Jammu and Kashmir. He is a graduate of Staff College, Camberley (United Kingdom) and attended the Higher Command (HC) and National Defence College (NDC) Courses.

In his 39 years of distinguished military career, he has tenanted important and challenging command and staff appointments in different operational environments which include command of an Engineer Brigade of Strike Corps in the Western Theatre, Infantry Brigade along Line of Control in Jammu and Kashmir, Mountain Division in the High Altitude Area of Western Ladakh, a Corps in the North East, Commander-in-Chief Andaman & Nicobar Command (CINCAN) and General Officer Commanding-in-Chief of Eastern Command.

His staff exposures include Brigade Major of a Mountain Brigade in the North East, Assistant Military Secretary (AMS) in Military Secretary’s Branch, Colonel Q of a Mountain Division in High Altitude Area and Brigade General Staff (Operations) at Headquarters Eastern Command. The General Officer also served as Chief Engineer in the United Nations Mission in Ethiopia and Eritrea. He tenanted the appointments of Additional Director General (ADGMO-B) in the Military Operations Directorate at Army Headquarters, Chief of Staff at Headquarters Southern Command and Director General Discipline Ceremonial & Welfare at the Army Headquarters.

Lt Gen Manoj Pande takes over the appointment of the Vice Chief of the Army Staff from Lt Gen CP Mohanty who superannuated on 31 January 2022 after completing four decades of illustrious career in the Army.