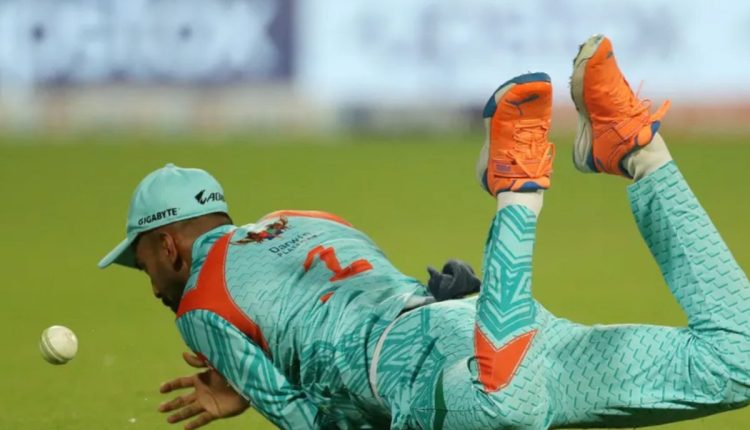 Kolkata: Lucknow Super Giants’ (LSG) skipper KL Rahul said that Rajat Patidar’s knock played a critical role in LSG’s defeat in the Eliminator against the Royal Challengers Bangalore (RCB) at the Eden Gardens in Kolkata. On Wednesday, May 25, Patidar smashed an unbeaten 54-ball 112 with the help of 12 fours and as many as seven sixes.

The Bangalore-born Rahul was also of the opinion that LSG let themselves down on the field with some shoddy pieces of fielding.

“It’s quite obvious the reasons why we didn’t win the game. We let ourselves down in the field. The difference between the teams was Patidar’s knock. When a player from the top ends up playing a good knock, the team ends up winning,” Rahul was quoted as saying after the match.

Despite the loss, Rahul vowed to make a comeback after learning from their mistakes this season. He also had words of praise for left-arm fast bowler Mohsin Khan, who has been among the standout performers in the tournament among uncapped players.

“It’s a new franchise. We have made a lot of mistakes, but you’ve got to learn from them and come back stronger. We are a young team. The group of under 25 has done well in patches. Mohsin Khan has shown everybody how good he is and what skills he possesses.

“It’s his first season and it is important to take confidence from this and go home and work harder. He’ll clock up more speeds and deliver better next year,” Rahul added.