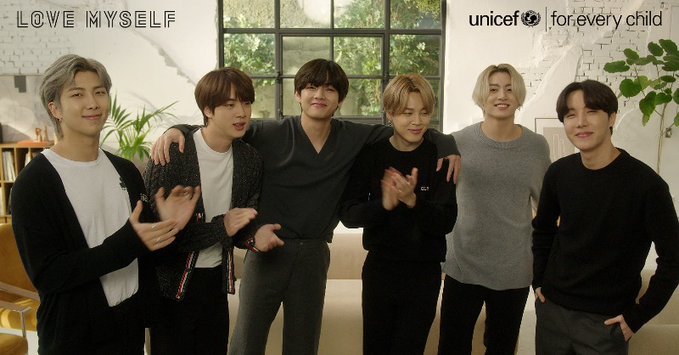 Seoul: In an announcement made recently, Grammy-nominated group BTS, together with its label Big Hit Entertainment (Big Hit), has renewed its commitment to UNICEF to help end violence and neglect, and promote children and young people’s self-esteem and well-being.

The South Korean band, which has partnered with UNICEF since 2017, shared a virtual message pledging to continue its LOVE MYSELF campaign, with its ambition of love and togetherness, particularly at this time of social isolation.

As part of the renewed global partnership, BTS and Big Hit will also donate over US$1 million to UNICEF, along with proceeds from the sale of LOVE MYSELF merchandise and as well as a portion of profit from LOVE YOURSELF album sales.

Since 2017, BTS and Big Hit’s LOVE MYSELF campaign has raised US$2.98 million globally for UNICEF’s work to end violence against children and young people and has helped adolescents all over the world open up about their own experiences.