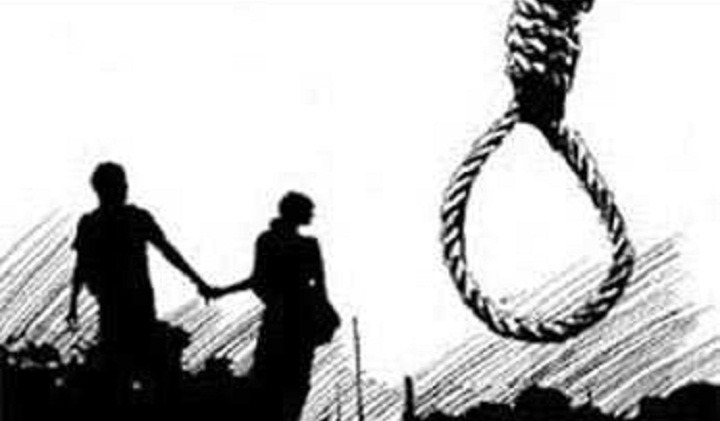 Nabarangapur: In a tragic incident, a young couple was found hanging from a tree in Nabarangapur district on Monday.

According to available information, the couple was in a relationship. However, the girl’s family member had arranged her marriage elsewhere. Unable to bear the separation, the duo allegedly committed suicide by hanging themselves from a tree

Later, some locals spotted the bodies and alerted police and family members. A bicycle, a cake, and three bottles of pesticide were also found near the tree.

On being informed, police reached the spot and seized the body for post-mortem. Further investigation is underway into the matter, sources said.