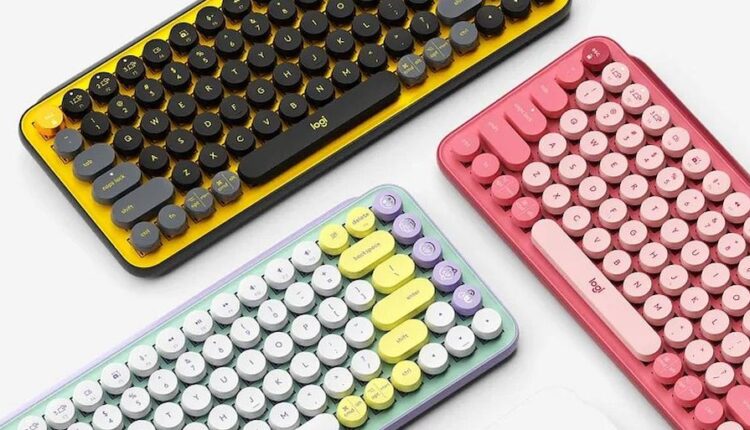 New Delhi: The Logitech Pop Keys wireless mechanical keyboard and Pop mouse have been launched in India. Logitech had introduced these products in the US market in November 2021. The Logitech Pop Keys keyboard adorns a retro typewriter-inspired design and gets dedicated emoji buttons that can be reprogrammed. Read on to know more about the accessories.

The Logitech Pop Keys keyboard gets circular typewriter-style keycaps with a long key travel. The material used for the keycaps is ABS plastic and not PBT or double-shot PBT, which might upset a few. It is a mechanical keyboard, so avoid it if you hate clacking sounds. Instead, check out the Razer Pro Type Ultra keyboard if you need a silent keyboard.

The Logitech Pop Keys allows you to send emojis in a chat via a PC. It comes with eight swappable emoji buttons out of the box. You can slot in up to four emojis on the keyboard. The keyboard isn’t a full-sized one but doesn’t skimp on the function row, numbers row, and arrow keys. It has 12 fn (function) shortcuts that include voice-to-text, media keys, snip screen and mic mute, among others. The keyboard isn’t backlit but gets an LED indicator on the Caps Lock key. The Logitech Pop Keys supports both macOS, Windows, iOS, Android, and Chrome OS. The mechanical keyboard is claimed to withstand up to 50 million keystrokes.

Heading on the Logitech Pop Mouse, it utilises Logitech’s High Precision Optical Tracking sensor that operates from 1,000 to 4,000dpi. The ‘Smartwheel’ scroll wheel flips automatically from high-precision to speed scroll mode. The Logitech Flow software facilitates easy texting and file/image sharing between computers that are signed in to the same account. The Pop Mouse works with Windows, macOS, iPadOS, Chrome OS, and Linux.

Both the Pop Keys and Pop mouse don’t pack in rechargeable batteries. You will need two AAA batteries for the keyboard and Logitech promises up to three years of battery life.