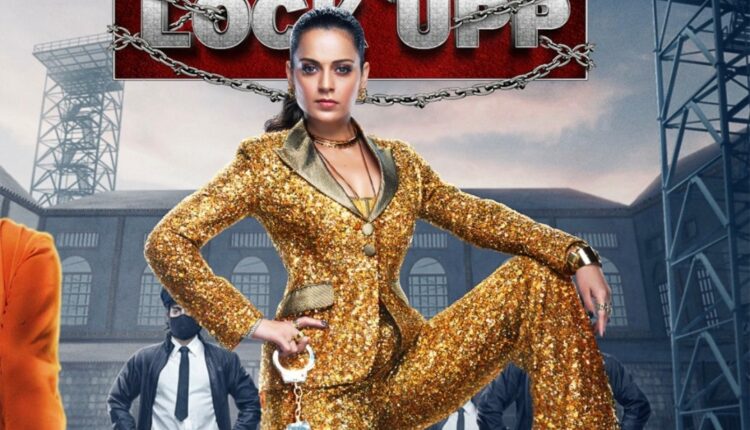 Mumbai: Ekta Kapoor produced and Kangana Ranaut hosted Lock Upp might have landed in legal trouble over allegations of plagiarism.

Report suggests that a certain Mr. Sanober Baig has sought and been granted a stay order against the makers of Lock Upp, which, apparently, prevents Ekta Kapoor to go ahead with the show on its planned release date of February 27. Sanober has alleged that the concept of Lock Upp has been deliberately plagiarised by Ekta Kapoor’s ALT Balaji, MX Player and Endemol Shine.

It has been said that the individual will also be holding a press conference later on February 25, where he plans on making the stay order public, voice his grievances and address the media’s queries.

Kangana Ranuat and Ekta Kapoor’s Badass Jail Atyaachari Khel is all set to hit the OTT scene from February 27 onwards. Ahead of the release, four controversial names have been unveiled as a part of the sixteen celebrity guests set to compete inside host Kangana Ranaut’s jail, including Poonam Pandey, Munawar Faruqui, Nisha Rawal and Babita Phogat.