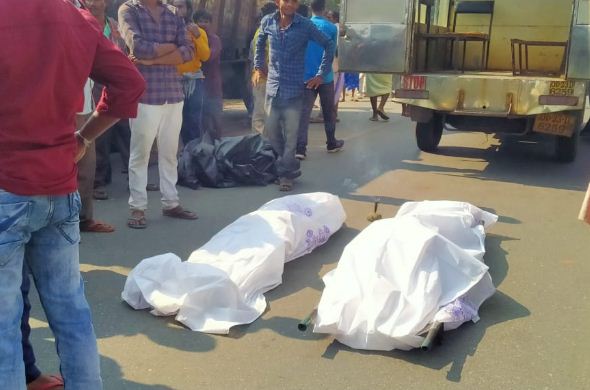 The deceased have been identified as Tikeswar Munda and Dasharath Munda of Bedajharana village in the district.

According to reports, the trio was heading towards their home on their motorcycle when they hit the truck parked at Duduga Chakk. Consequently, two of them were killed on the spot while another sustained critical injuries.

Irked over the incident, villagers staged a road blockade demanding, compensation for the family members of the deceased, speed limits of heavy vehicles, parking border, and construction of roads.

Vehicular movements on the national highway (NH-49) were disrupted for a while due to the protest.

On getting information, police reached the spot and tried to pacify the locals. Further investigation is underway in this connection.

Trio Sat On Tracks Before Being Hit, Killed By Train In Sonepur