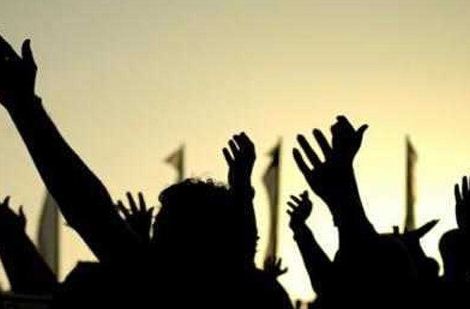 Jharsuguda: The members of the Brajrajnagar Nagarik Committee on Thursday staged a ‘Rail Roko’ agitation by sitting on the rail track demanding the halting of express trains at Brajrajnagar Railway Station.

According to reports, even after repeatedly demanding the stoppage of express trains at the railway station, the officials did not pay any heed to their request.

Following this, the committee members have staged a Rail Roko from 6 am.

Earlier a meeting had also been held in this regard between Railway officers, administrative officers, and members of the Brajrajnagar Nagarik Committee.