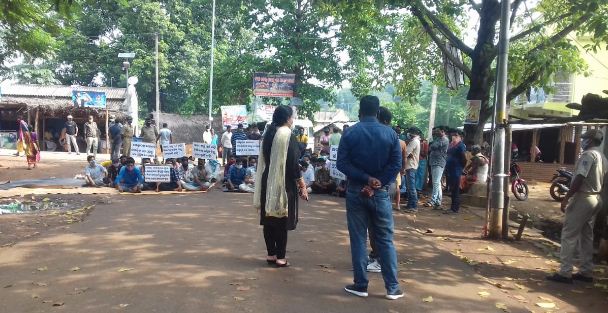 Phulbani: Locals staged a demonstration at Gochapada chakk under Piringia block in Kandhamal district seeking fulfillment of their long-standing demands.

As per reports, the protest was led by the Aware Citizens Forum. The demands include 24-hour water supply, internet service, and better health care. Following this, vehicular movement was disrupted in the area.

Moreover, the agitators have also claimed that even after a pile of complaints, the same remained unheard.

On getting information about the protest, Gochapada police along with the tehsildar reached the spot to pacify the agitators.