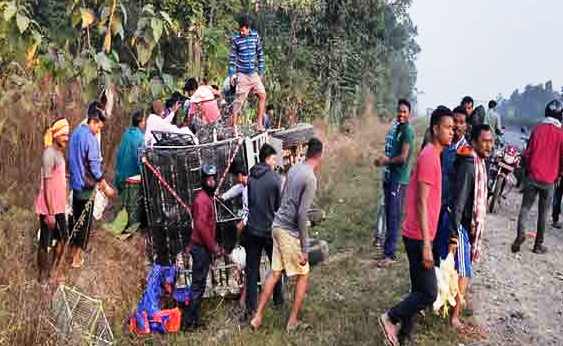 Locals flee with chickens after poultry-laden truck overturns in Sundergarh

Sundergarh: A poultry-laden mini truck overturned after the driver lost control over the wheels near a forest under Bhasma police limits in Sundargarh district this morning.

According to reports, the vehicle carrying poultry was en route to Sundargarh from Jharsuguda when it turned turtle as the driver lost control. Though the driver escaped unhurt in the accicident, instead of rescuing the helper the locals were spotted stealing chickens in their carry bags.

On being informed, police reached the spot and seized the vehicle. An inquiry is underway into the matter.