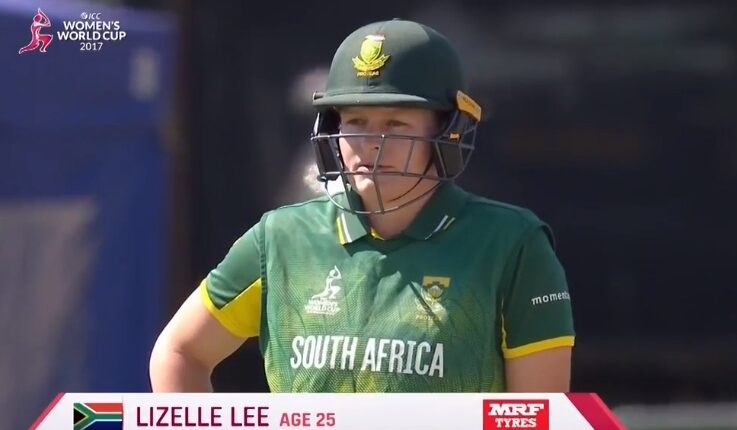 Lizelle Lee climbs seven spots to become the top-ranked batter in the MRF Tyres ICC Women’s ODI Player Rankings after the record chase against India in the fourth ODI.

In the ongoing five-match ODI series against India, in which South Africa have taken an unassailable lead of 3-1 with a game to spare, Lee has registered scores of 83*, 4, 132*, 69.

We trace her journey back to when she made her first ODI appearance for South Africa to her rise to No.1 in the ODI batting rankings.

At the age of 21, Lee went on to make her one-day international debut against Bangladesh in September 2013. She scored 77 runs in her debut game for which she has also adjudged Player of the Match. Lee followed this performance with another fifty as she scored 71 runs.

In the middle of her career, she was asked to switch roles and bat at number five as the finisher of the side. Lee had a couple of upstanding games but Proteas soon realised that her potential would be realised to the maximum at the opening position.

She has represented her side in the 2017 ICC Women’s Cricket World Cup, and also featured four editions of the Women’s T20 World Cups.

The 28-year-old had an iffy start to the year as she got out for a duck against Pakistan, playing after almost a year since the resumption of cricket. She came back in the series with vital scores of 47 and 49, missing out on half-centuries on both occasions by a small margin.

After scoring 83* runs in the series opener against India, Lee jumped from 11th to 8th position in the MRF Tyres ICC Women’s ODI Player Rankings. The stalwart rose to the occasion when the series was levelled up 1-1 and turned the tides in favour of South Africa. She made a brilliant 132* at a strike rate of 100.76 consisting of 16 fours and 2 sixes and carried the bat to ensure a comprehensive win.

Lee accompanied this spectacle with another half-century, making 69 off 75 deliveries in the record chase in the fourth ODI.

Her exploits against India have ensued her rise to No.1 displacing England’s Tammy Beaumont in ODI batting charts for the second time since 2018. Lee remains the only South African to top the women’s ODI batting rankings.

Budget Trips: Where and How to Travel