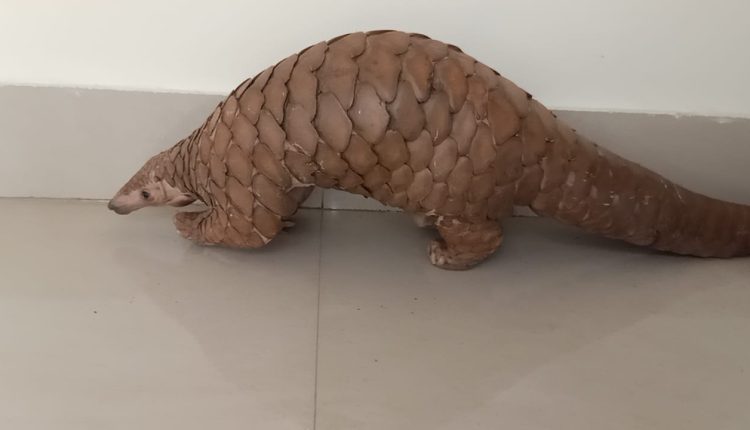 Khurda: A team of the special task force (STF) with the help of Khurda forest officials on Friday seized a live pangolin and arrested two persons in this connection.

The arrestees have been identified as Sadhucharan Mohanty and Kasti Kadraka from Cuttack district.

Acting on a tip-off, the officials conducted a raid near Khurda-Jatni bypass and arrested the wildlife smugglers. The cops have also seized a live pangolin and other incriminating materials from them.

The Indian pangolin (Maniscrassicaudata), also called thick-tailed pangolin, scaly anteater and ‘Bajrakapta’ in Odia is a solitary, shy, slow-moving, nocturnal mammal. It is a schedule-I protected animal under the Wild Life Protection act, 1972. Schedule I provides absolute protection – offences under these are prescribed for the highest penalties.