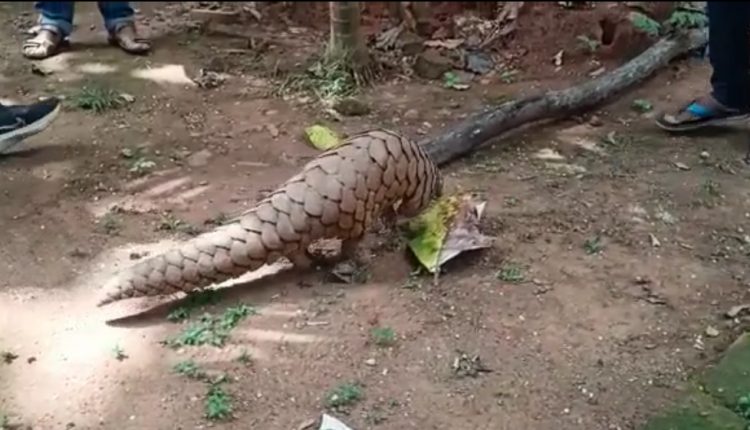 Phulbani: Unearthing yet another incident of wildlife smuggling, the Kandhamal Forest Department sleuths rescued a live pangolin from Midiakia Area under Baliguda of the district and arrested four persons in this connection.

Based on a tip-off that a group of smugglers is about to strike a deal to sell a rare species Pangolin in the Midiakia area in the morning, the forest department officials along with local police raided the area.

During the subsequent frisk, the four persons were found to be possessing the live pangolin along with other incriminating materials and were taken into custody.

The animal was smuggled and to be sold to prospective customers but the rescued pangolin will be handed over to Forest Department.

Cases under various Sections of the Wild Life (Protection) Act, 1973 have been lodged against the held four persons and they would be forwarded to court soon.