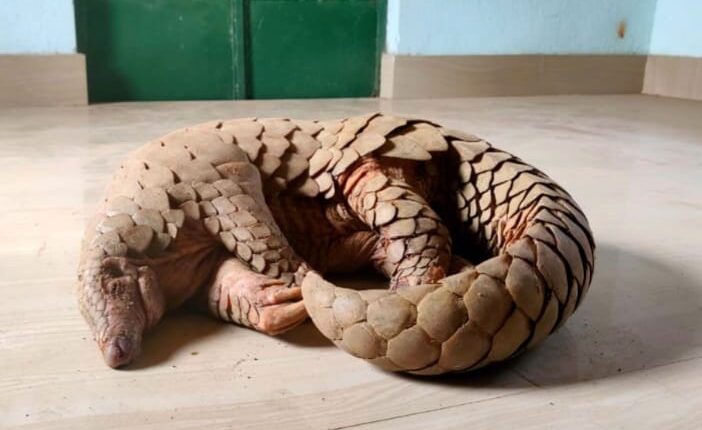 Bolangir: A team of the special task force with the help of Bolangir forest officials have seized a live pangolin and arrested two persons in this connection.

The arrestees have been identified as Hemasagar Mahananda and Laxmidhar Naik.

Acting on a tip-off, the officials conducted a raid and arrested two smugglers in this connection. The cops also seized a live pangolin weighing  11 Kg and other incriminating materials from them.

The accused persons and the seized pangolin were handed over to Bolangir Forest officials for necessary legal action on their end.

The Indian Pangolin is a solitary, shy, slow-moving, nocturnal mammal. It is a Schedule-I protected animal under the wildlife protection Act, 1972, which provides absolute protection-offences under these are prescribed for the highest penalties.