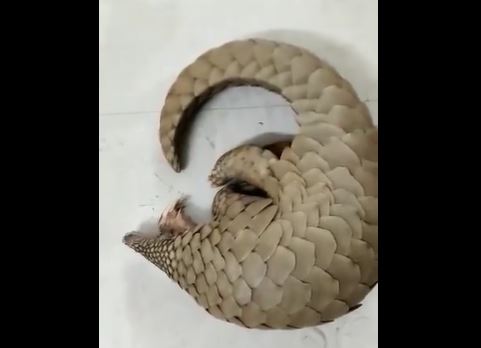 Subarnapur: The Special Task Force (STF) of the Odisha Crime Branch has held two persons from Subarnapur for allegedly trafficking pangolin on Sunday.

The accused have been identified as Ashok Bisi and Jayakumar Patel. A live pangolin was recovered from them which was later handed over to the forest officials.

According to sources, two pangolin peddlers were trying to deal with some interstate traders to sell out a pangolin near the Dunguripali area.

Acting on a tip-off the Dunguripali police spied on it and captured two in this connection. During the search, a pangolin was recovered from their possession.

A case has been registered whereas the accused will be forwarded to court after interrogation.