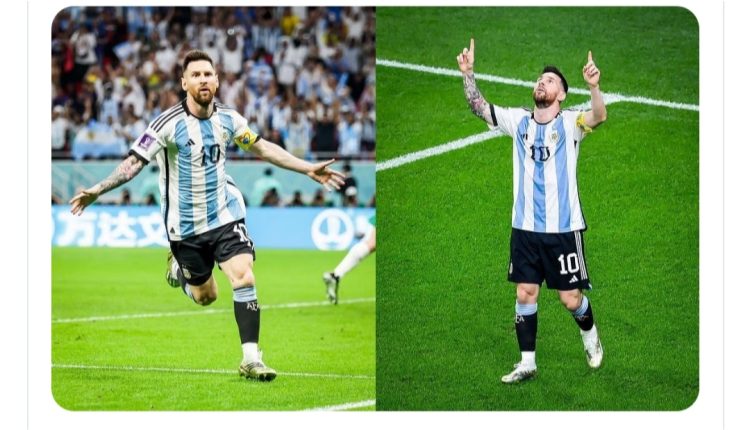 Qatar: Lionel Messi finally scored a goal in the knockout rounds of the World Cup on Saturday as he inspired Argentina to a 2-1 win over Australia that sets up a mouthwatering quarter-final showdown with the Netherlands, who proved too strong for the United States earlier. The Argentina captain marked his 1,000th career appearance with his 789th goal to open the scoring in the first half at Doha’s Ahmad bin Ali Stadium.

Argentina captain Lionel Messi expressed his elation on appearing in his 1000th competitive game in his team’s 2-1 win over Australia at the last 16 of the 2022 FIFA World Cup on Saturday (December 3).

La Albiceleste qualified for the quarterfinals with a tense win at the Ahmed bin Ali Stadium in Al Rayyan. Goals from Messi and Julian Alvarez were enough to take Argentina through despite Enzo Fernandez’s 77th minute own goal bringing the Socceroos back into the game.

At the post-gamepress conference, the Paris Saint-Germain (PSG) star opened up on reaching his career landmark. He said:

“I found out today that it was the 1,000th match. I live in the moment, I enjoy what we’re going through, and I’m happy to take one more step, to get through to the quarterfinals.”

“It was a really physical game but I am very happy with the victory and that we have taken another little step forward,” Messi told Argentine television

Messi, who is appearing in his fifth and likely final World Cup, has netted 789 goals and contributed 339 assists in 1000 combined appearances for Argentina, Barcelona and PSG during his illustrious career.

Sudarsan Pattnaik pays tribute to Lata Mangeshkar on her…