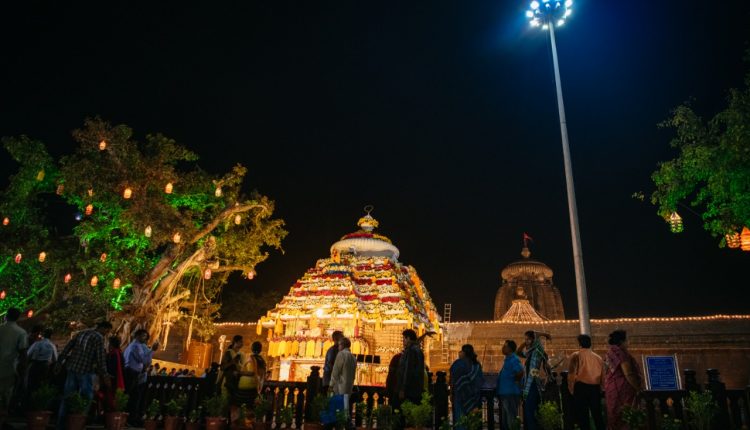 Lingaraj Temple To Reopen For Devotees From Sept 1

Bhubaneswar: The Lord Lingaraj Temple in Bhubaneswar will reopen for devotees from September 1, according to the COVID-19 directives of Bhubaneswar Municipal Corporation (BMC).

A meeting of the Shree Lingaraj Temple Trust Board was held today under the chairmanship of the Khurda District Collector in which it was decided to make a new silver crown, a ‘Bimana’ and a ‘Palinki’ for Lord Lingaraj.

As per reports, it has been decided to create three silver crowns for Lord Lingaraj’s Chalanti Pratimas, Shree Chandrasekhara, Maa Bhubaneswari, & Maa Parvati.

The Temple Board has accepted the proposal made by Shri Shibaprasad Panda of Bhubaneswar to bear all the necessary silver and construction costs for the ornament.

Similarly, the Temple Board has decided to build a new ‘Bimana’ of the Lord and a new ‘Palinki’. The board of trustees has also accepted a proposal by SOA University to bear the costs of building the ‘Palinki’ and the ‘Bimana’.

The 11th-century shrine of Lord Shiva was closed for devotees in April, 2021 after several sevayats were tested COVID-19 positive.