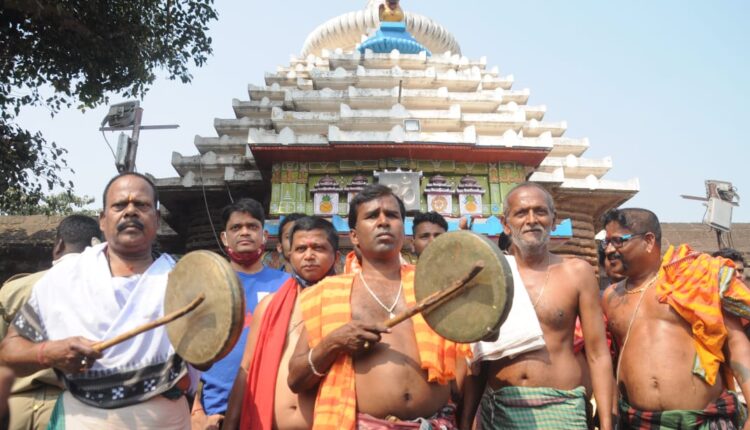 Bhubaneswar: The Sevayats of Lingaraj Temple here protested against the heritage By-Laws by beating bells in front of the temple on Tuesday.

They started sounding the instrument from 10 am. The Sevayats have said the By-Laws by NMA will greatly affect the temples like Ananta Basudev and Brahmeswar temples.

Worthwhile to mention that the Sevayats at a press conference yesterday had criticized the comments on the By-Laws by Bhubaneswar BJP MP Aparjita Sarangi. They said the MP should have consulted them and the denizens of Old Town before saying on the issue.

Sarangi was in the midst of a controversy after Missing Posters were pasted around Bhubaneswar over her silence on the NMA By-Laws.

India’s Biggest Hockey Stadium In Rourkela: See How It Will Look Like