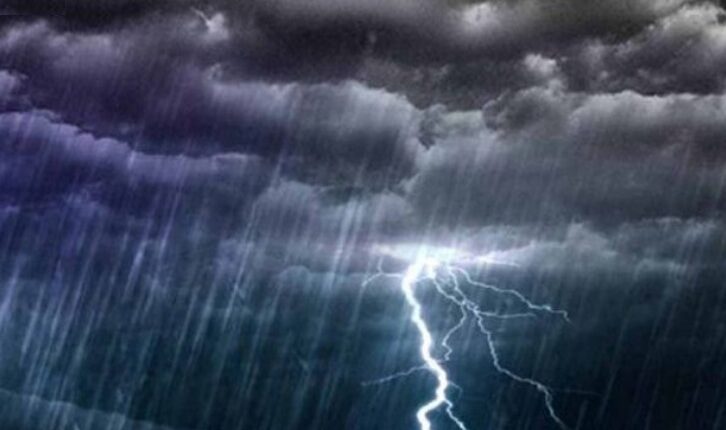 Bhanjanagar: Two persons were killed and another injured in lightning strikes while they were working in their agricultural lands at Kurulai and Nuagaon villages under Bellaguntha police station limits in Ganjam district.

According to sources, Prafulla Swain, a 50-year-old farmer from the nearby Kurulai village, was about to return home from his farm when he was struck by lightning.  He sustained severe burn injuries on the left side of his head and collapsed there.

Similarly, Sabita Dakua and Chhabita Jena of Tanarda village under Bellaguntha police station were working on nearby farmland when heavy rains accompanied by lightning lashed the area in the afternoon. In the meanwhile, a thunderbolt struck the farmland following which, Sabita Dakua, 35, collapsed on the spot, while Chhabita Jena, 30, fainted on the ground.

On intimation, Bellaguntha police reached the hospital and registered two separate case of unnatural death. The bodies were handed over to the bereaved families after post-mortem.

A pal of gloom descended on both the village following the tragic deaths of two persons in the lighting strikes.