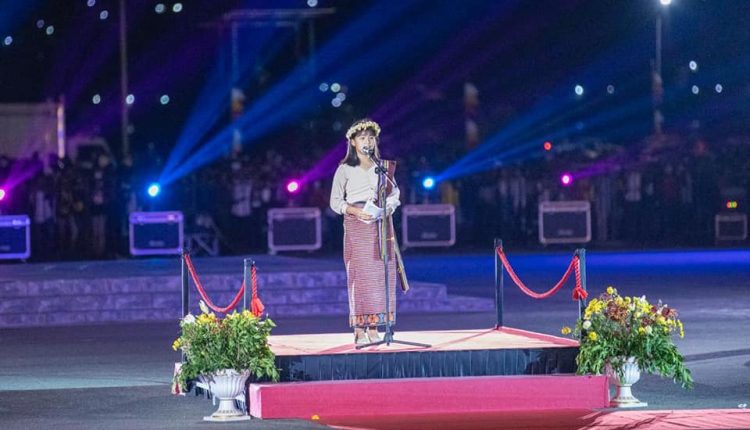 Dili: Among the people attending the inauguration ceremony of East Timor’s new President José Ramos-Horta was a 10-year-old climate activist from India.

Licypriya Kangujam was invited as a special guest of honour for the inauguration of the Nobel Peace Prize laureate on Thursday, a day before Asia’s youngest country marks the 20th anniversary of its independence. She delivers an inspiring Inaugural Speech at East Timor President’s Inauguration gathered by thousands of people with all the MPs of the National Parliament and over 400 foreign dignitaries. 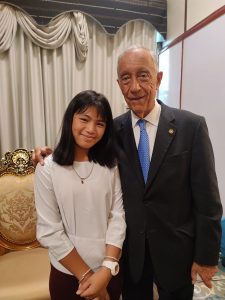 She was only the foreign guest delivering a speech to the MPs of the National Parliament of East Timor during the President Inauguration ceremony. Licypriya also met the President of Portugal Marcelo Rebelo and Revolutionary leader and founder President Xanana Gusmao on the sideline of the ceremony. She also made a courtesy call to the PM of East Timor Taur Matan Ruak.

Kaagujam highlighted the Manipuri unique art form “Shumang Leela” to the world stage. She says, “Manipur has a unique art form called shumang leela and it connects between Manipur people and East Timor through a shumang leela called “Gusmao ge Khudol” or “The gift of Xanana Gusmao” in English. It is based on the freedom struggle of East Timor. Whoever watched this play, everyone will come out in tears. Every Timorese person must watch this play”, she said.

East Timor, formally known as Timor-Leste, was colonised by Portugal in the 18th century and remained under its control until 1975. When the Portuguese withdrew, troops from Indonesia invaded and annexed the island nation as its 27th province.

A UN-sponsored referendum for freedom held in 1999 and a brutal retreat by Indonesian forces saw the nation of 1.3 million people emerge as a republic three years later.

Kangujam, who is the founder of The Child Movement environmental organisation, told Al Jazeera she was “very surprised” when she first got the invitation to attend the high-profile event.

“Usually at such big events, only foreign presidents and prime ministers are invited as special guests. I feel this invitation is very special and has a great message on how small island countries like East Timor are threatened by climate change,” she said.

“The inclusion of climate activists in every field and decision-making process is quite important.”

The child activist said her visit would strengthen relations between India and East Timor. 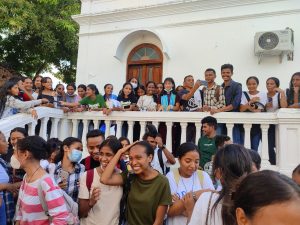 Kangujam was born in Bashikhong village near Imphal in the northeastern Indian state of Manipur. When she was five, her family moved to Bhubaneswar in the coastal state of Odisha, where Cyclone Titli in 2018 and Cyclone Fani in 2019 killed hundreds of people and destroyed homes.

At the age of nine, Kangujam moved to Noida on the outskirts of the Indian capital New Delhi, one of the world’s most polluted cities, where she lives with her mother and a younger sister.

The fifth-grade student says the climate crisis in Odisha and New Delhi’s pollution issues left a deep impression on her and turned her into one of the world’s youngest climate activists.

The young activist says she was alone when she started her movement in 2018. “But today I have love and support from thousands of people across the globe.”

US President Joe Biden also sent a presidential delegation to the country, according to a White House statement.

Ramos-Horta, who was awarded the Nobel Peace Prize in 1996 for his efforts to bring a peaceful resolution to the conflict in East Timor, scored a landslide victory in the presidential election last month.

The Nobel laureate previously served as president from 2007 to 2012 and was also the country’s first prime minister.

Last year, Tropical Cyclone Seroja killed dozens of people in the country while 7,000 were displaced.

During her visit to East Timor, Kangujam was invited by various civil society organizations in the country for an interaction program with children and young people there. She also led a climate strike on the streets of East Timor with hundreds of young people to send a strong message about the threat of climate change to the whole world.

“I have listened to their stories and will also tell the world about the problems they are facing. We have talked about long-term peace and development and how we can fight climate change together,” she told the media.

“My voice has represented the unheard voices of the millions of people of the world and also for the countless, voiceless animals.” 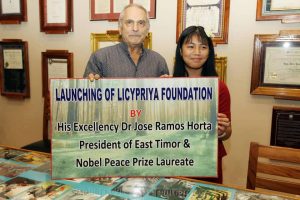