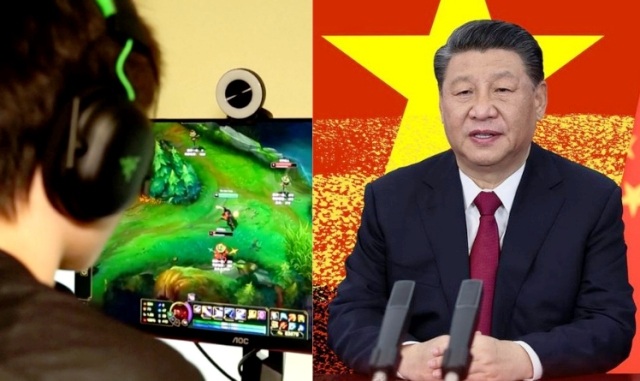 Let Us Talk About China

The Chinese value stability over the right to elect, or dump governments every five years. The CPC has evolved with decades of experience, especially after it adopted market economy as its creed in the early 1980s. Controlled development and paternalistic regulation ensure quick and effective results in China. Unlike social and legal standoffs which are the basic features of indirect democracies, China resolves conundrums through executive fiat, and this has held the Chinese in good stead.

A major problem bothering the Chinese administration today is the refusal of its young to produce children. As a result, only 12 million babies were born in the country in 2020, the lowest number since 1961. TFR now stands at 1.2, as against the replacement level of 2.1. While the global average is 2.4, even the US boats of a TFR of 1.6. Evidently, the CPC is worried about these falling numbers.

As the first measure, the Chinese have now been allowed to have up to THREE KIDS. Compare this with the oppressive one-child norm prevalent till 2016, when rules were finally relaxed to allow for the birth of two kids. As per the data, this relaxation has failed to have any substantial effect on the population growth. This is because the Chinese perceive the cost of raising children as too steep. They are already overworked, and do not wish to take on additional burden. The Chinese also crib about almost non-existent reproductive benefits like maternity or paternity leaves etc. In fact, the Chinese women complain of considerable anti-pregnancy and anti-gender discrimination at work places. After couples were allowed to have two kids, employers began considering childless female employees as extra-large time bombs that shall explode twice, those having one child as time bombs that shall explode once and the ones having two kids as preoccupied with them and unable to focus on work. The Chinese government has now moved in to address these concerns and attitudes.

As a measure to curb excess pressure on parents and students, for-profit PRIVATE TUITIONS have been outrightly banned in China. Physical and online tuitions for kids under six have also been on weekends and national holidays have been banned. In a country where 75 percent of students attend after-school private tuitions, this ban is supposed to ease financial pressure on parents, and reduce stress on students. These tuitions are seen by Chinese parents as huge strain on their resources, which they have to spend because of competitive pressure. The government hopes that the ban shall make it more appealing for the youth to have more kids.

The recent rule changes also disallow tuition businesses from raising capital through IPOs, and they might even be forced to run as non-profits. They have also been barred from teaching foreign curricula or hiring foreign faculty. Indian students are also heavily burdened by coaching and extra classes. Right from after-school tuitions during school-time to coachings for college entrance (JEE, NIIT, AIEEE, Medical tests, MBA etc.), and job competitions (Civil Services, Bank Exam preparations), Indian students are buried deep under the weight of expectations. But can any democratically-elected government (Centre or State) or any autonomous institution which conducts exams like CAT or JEE outrightly ban coaching to save students and their parents from undue performance and financial? In a democracy, vested interests rule out such benevolent policy-making. CPC can act decisively against such interests and provide relief.

The Chinese government has restricted the online video gaming time for kids-under-18 years of age to just three hours a week. Kids can play for an hour each only on Friday, Saturday and Sunday. No Online Video Games are allowed on schooldays. Earlier the limit was one and a half hour each day, and 3 hours on weekends. The physical and mental health of Chinese children desired drastic cut in the timings. Despite the fact that this move shall deal a body blow to games manufacturing companies (this being a huge market!), the CPC has acted decisively to save China’s children.

Paternalistic despotism is the only way to run a continent-sized country like China, India or Russia. Else generations go woke the American way, or become circus-monkeys like in India.  If such decisions were taken in India, many overgrown juveniles who walk around as leaders of the nation’s youth would start complaining. In the absence of possible governmental intervention, parents in India should voluntary act tough against private tuitions and online gaming.

The Chinese model, which has evolved organically by the method of pragmatic problem-solving, contains answers to almost all problems that confront the Orient. From their Olympic successes, economic miracle, private sector regulation, governance, stability, modernization and tackling of Islamic jihad in Xiniiang, China shows the way for the world to follow.

Disclaimer: The opinions expressed in the article are the personal opinions of the author. The facts and opinions appearing in the article do not reflect the views of Pragativadi and www.pragativadi.com does not assume any responsibility or liability for the same.

Handpicked Blogs By The Author:

Read More: THINK BEFORE YOU HELP: The Ethical Dilemma Behind Re-Allocation Of Medical Resources

Read More: Of Fairy Tales And The Brisbane Breach

Read More: Cricket In New India: An Absconder For The Captain & His Loyal Dog As The Coach

Youth held for series theft from shops in Jharsuguda