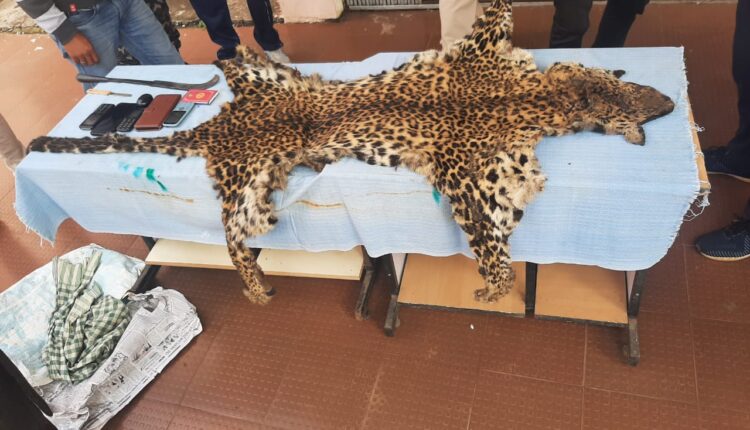 Deogarh: The Special Squad of Deogarh Police here on Monday seized a leopard skin and arrested five persons involved in the smuggling of wildlife contraband.

On the basis of reliable information about a deal at Ambakata forest under Barkot PS, a special squad led by Deogarh SDPO Pratyush Mohapatra was formed. The officials, posing as customers, reached the spot caught the smugglers red-handed, informed Deogarh SP Raj Kishore Paikray at a press meet today.

During the search, a leopard skin, a sharp weapon, and a mobile phone were seized from the accused persons and subsequently, they were arrested, the senior police official added.

Reportedly, the police have registered a case against the accused persons and forwarded them to court.

EC Reschedules Punjab Assembly Polls, To Be Held On February 20