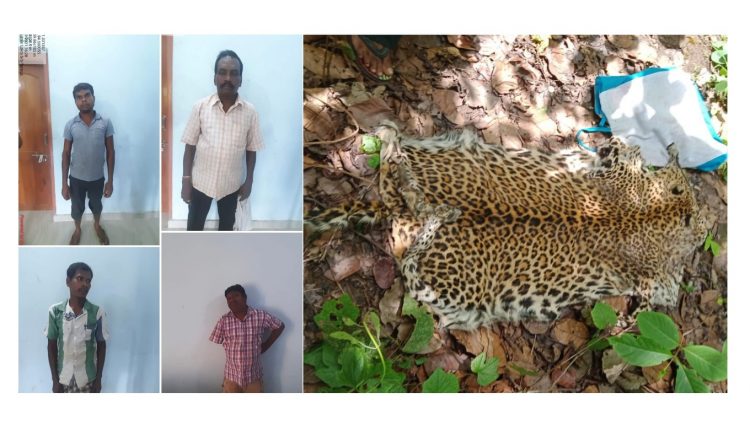 Deogarh: A leopard skin was seized in Deogarh district by Riamal forest department. Besides, four persons were also arrested in this connection.

As per sources, one Ratia Kido (29) allegedly killed the leopard and kept its hide at home. Receiving information about the same, Riamal forest officials along with a special squad laid a trap and eventually caught hold of the prime accused along with his three associates — Ajit Kumar Lakra, Padmanav Dandapat and Manohar Majhi.

The officials disguised as customers nabbed the accused while they were trying to strike a deal.

A case under relevant sections has been registered against the four accused.