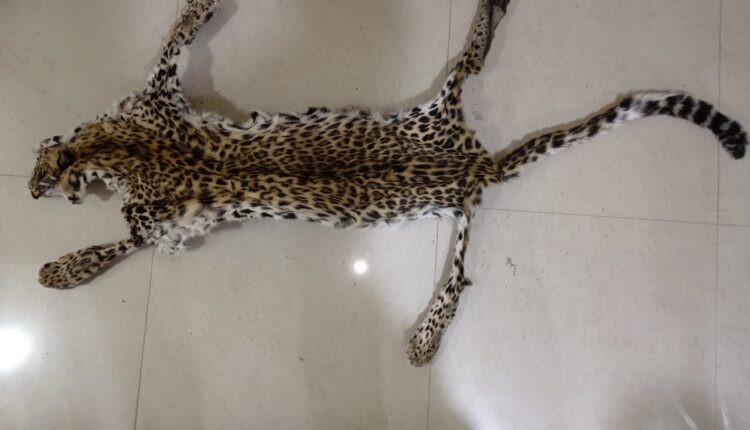 The STF has seized one leopard skin and two elephant ivory from the two accused persons, Ramesh Pratihari and Bimbadhar Tarei.

Acting on a tip-off about sale of leopard skin and elephant tusks by wildlife criminals on April 24, the STF team conducted a raid on Gania- Chamundia road near Maa Kalapata Temple on the bank of Mahanadi River in Nayagarh district.

During the raid, one leopard skin and two numbers of elephant tusks and other incriminating materials were seized from their possession.

The accused persons could not produce any valid authority in support of possession of such leopard skin and elephant tusks for which they have been arrested.

The seized leopard skin and elephant tusks will be sent to Wildlife Institute of India, Dehradun, for chemical examination.

So far, the STF has seized 13 leopard skins, 9 elephant tusks, 2 deer skins, 3 live pangolin and 5 pangolin scales and arrested 27 persons in special drive against wildlife criminals and poachers in last one year. A total of 15 cases has been registered so far against the wildlife criminals in the State.

Delhi Extends COVID-19 Lockdown By A Week Till May 3