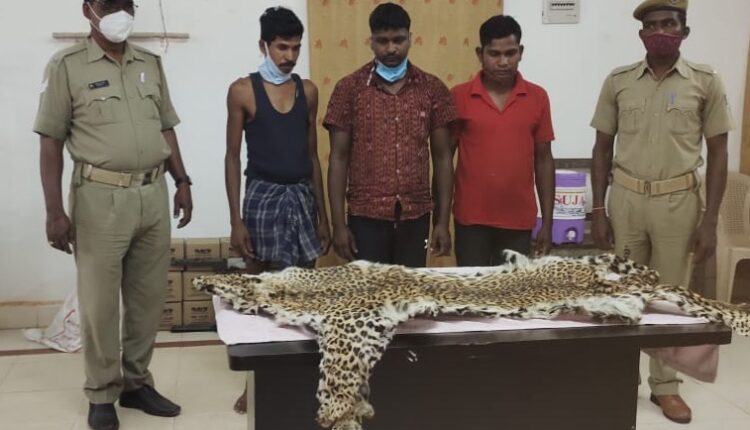 Deogarh: Police here on Monday apprehended three wildlife contraband smugglers and seized a leopard hide from their possession. This was informed by SP Rajkishore Paikray in a press meet.

The arrested persons have been identified as Pati Behera, Tikel Behera and Ranjan Nayak.

Acting on reliable inputs about a deal of sale of Leopard skin by the wildlife criminals, a Special Police Squad led by SDPO Pratyush Kumar Mohapatra conducted raids and arrested the accused persons near Tarang-Tuhilamal bridge under the Riamal police station this morning.

While a case has been registered against the accused persons, further investigation in connection with the incident is underway, said the SP.