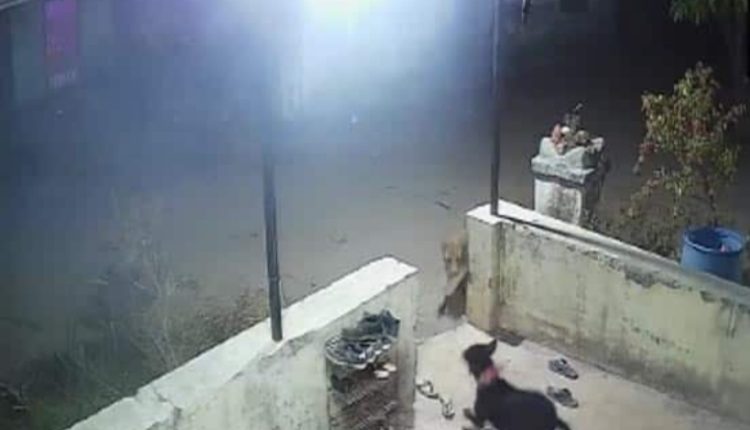 Mumbai: A leopard entered a residential area in a village in Nashik, Maharashtra, and attacked a pet dog. A video of harrowing incident, the entirety of which was captured on a CCTV camera, has over 20,000 views on Twitter.

In the video, a black dog wearing a red collar is seen sitting on a low wall. A few seconds later, a leopard appears into frame. While the leopard initially backs off, it runs back and attacks the dog. After a brief tussle, the leopard leaves with the dog in its jaws.

Instances of leopards entering residential areas is not uncommon in Nashik. In January this year, a leopard was rescued from a residential area of Nashik city in an operation that lasted eight hours. One person was attacked in the incident.