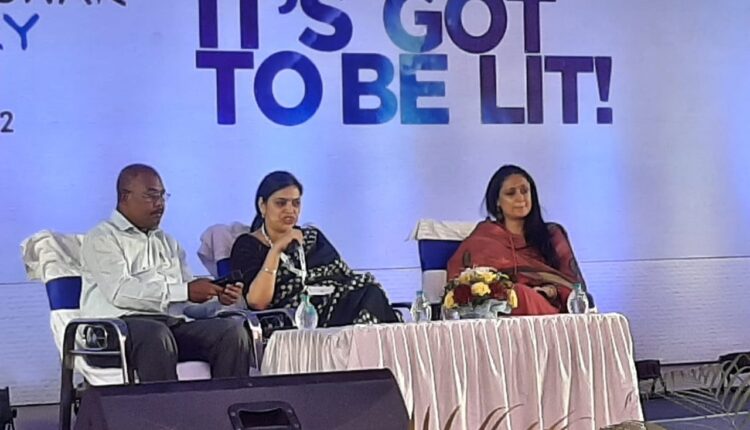 On an inaugural day, the audience had the privilege of interacting with Ruskin Bond and also came to know about the various Ghost, Monsters, and Demons of India through Rakesh Khanna’s latest novel.

On day 2 of the literary meet, the session started with Tony Joseph and Sujaan Mukherjee discussing the history of migration that made India. Odisha’s stalwart authors Gourahari Das, Jatindra Nayak spoke on the critical discourse of Indian literature.

On a concluding day, a session will be held to celebrate Satyajit Ray Centenary. IT legend Nandan Nilekani will speak with co-author Tanuj Bhojwani on his forthcoming book ‘Art of Bitfulness’, while Rahul Bose and Jayant Kripalini will discuss the impact of the web series on big screens.

The discussion will be held on wildlife tourism in a post-pandemic world with wildlife author Bikram Grewal through his new book. Women’s writings have been celebrated and discussed across all of Tata Steel’s Literary Meets, and in this edition, Sahitya Akademi awardees Yashodhara Mishra, Sanghamitra Mishra, and Hiranmayee Mishra will be discussing women writers writing on women issues. A ghazal evening will be held by Sonam Karla and her troupe.

Ms. Malavika Banerjee, Director, Tata Steel Bhubaneswar Literary Meet said, “We are extremely happy to be back physically with the literary fest to the culture loving people of Bhubaneswar. I am humbled that the stalwarts like Manoj Das and Lata Manageshkar was remembered through their rich immortal legacy that they left behind them in the literary meet.”