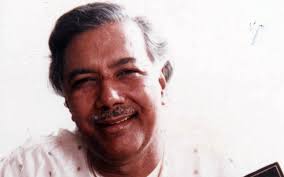 According to reports, the veteran breathed his last at around 12.37 PM at his Bandra home.

Born on March 3, 1931, in Badaun in Uttar Pradesh, Khan was the eldest son in a family of four brothers and three sisters.

His father, Ustad Waris Hussain Khan was the son of celebrated musician Ustad Murred Baksh, while his mother, Sabri Begum, was the daughter of Ustad Inayat Husain Khan, credited as the founder of the Rampur-Sahaswan gharana of music.

Khan got his basic classical music training from his father and later studied music under his cousin, Ustad Nissar Hussain Khan.

He was awarded the Padma Shri in 1991, followed by Padma Bhusan in 2006 and Padma Vibhushan in 2018. In 2003, the musician was awarded the Sangeet Natak Akademi award, the highest Indian recognition given to practicing artistes.